I founded the company in 2011 and performed the roles of administrator, manager, director, designer, artist, programmer, and audio engineer. I was soon joined by co-owners Charles Lohr and Adam Geary in 2013 for the Cardiac project, and later co-owners Dusty Peterson and Dominic Cerquetti (previously Big Huge Games and director of MAGfest) in 2021 for the RFpay project.

Jokers Games™ was an online games portal and brick-and-mortar arcade located in Baltimore, Maryland. The online site allowed players to buy points with a credit card, play a variety of skill games to win additional points, and convert their points to actual novelty silver prizes that (via its partnership with Gold Farm™) could be shipped to their home, stored in the vault, or resold for cash and deposited to a player’s bank account. The Baltimore location featured dozens of terminals with the same games offered on the website, in addition to competitive fish-shooting tabletop games, where players could win cash prizes. The store made heavy use of the RFpay™ system to accept payments and catalog earnings.

I co-founded the company; designed the web portal, logos, and associated graphics; and designed the layout (including colors and patterns), operated the store, and managed the employees and security contractors on site.

Gold Farm Limited Partnership LLLP is a website that enables companies (such as Jokers Games™) to reward their customers with sterling silver prizes, and their customers can store earnings in the vault, have silver shipped to their home, or sell silver for cash deposits to their bank account.

I co-founded the company; designed the layout, logo, and graphics; and coded parts of the interface and database.

The Johns Hopkins Carey Business School is a top-level postgraduate university located in Baltimore, and Washington D.C. The Global MBA program is a full-time MBA curriculum with a focus on global humanitarianism (“business with humanity in mind”) culminating in an international two-week residency.

I graduated in 2014 with a double specialization in Entrepreneurship and Marketing and spent my two-week residency in Hyderabad, India consulting the LV Prasad Eye Institute. I was the Executive VP of Game Industry Relations in the Carey Technology & Innovation club. My team consulted Dr. Djordje Popovic at Advanced Brain Monitoring, Inc. to bring their patented traumatic brain injury monitoring technology to market—providing patent & market research, net project valuation, and a business model blueprint.

The University of Baltimore’s SDE program (now Simulation & Game Design) instructs students in game design, programming, production, and graphic arts. The program began in 2003 and has ranked #3 nationally. Coursework includes developing and publishing a game for sale and is capstoned with creating a game over two semesters with a small self-managed team.

I graduated in 2012 with a 4.0 GPA, joined the Alpha Chi honor society for academic achievement, developed the game Transgression in C# with XNA and sold it on the Xbox Live Indie Games market, created the exercise bike racing game Cardiac: Fitness Racer for his solo capstone project with Processing (for hardware input) and Unityscript in Unity 3D, and founded the company Unit-e Technologies to publish the games. 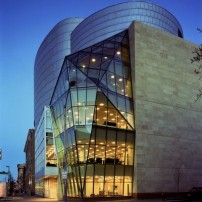 The University of Baltimore is a 95-year institution known foremost as a top-3 law school, the college’s B.S. in Business Administration was also ranked one of America’s best undergraduate business programs in 2022 by U.S. News & World Report and reached the Forbes Top Colleges list in 2021.

The company developed the original Neon FM®: Dance Radio™, manufactured a prototype cabinet, and negotiated a contract with Betson Enterprises for exclusive manufacturing and distribution. I co-founded the game studio in 2004 alongside Eric Ruth, Robert Ota Dieterich, and David Riley; and partnered with O2Media (Malaysia/Korea) to provide art and music for their game O2Jam™.

Sheffield Institute for the Recording Arts 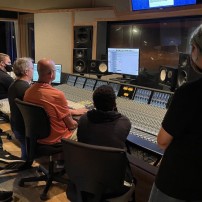 The AudioWorks program consists of 96 hours of lectures and 200 hours of labs (296 total) and qualifies graduates for employment in a variety of audio engineering positions including studio and live recording, non-linear digital audio editing, and acoustic construction design.