Social Media and the WWE 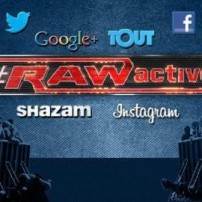 Professional wrestling entered its golden years in the 1980s. The WWF (now WWE) had formed a major national organization where before multitudes of local promotions fought (and often were forced to cooperate) for recognition and precious television time. As the years progressed, other major organizations such as WCW and ECW rose and fell, and performers such as Hulk Hogan and “Stone Cold” Steve Austin rose to power and faded into legend. The industry matured and further consolidated, until eventually only the WWE was left standing with any significant market share in the United States. The company stood alone and victorious, but faced a new kind of problem–somehow, despite its previous ubiquitousness in society, it had become profoundly un-cool to talk about professional wrestling. 1999 averaged a Nielsen rating of 5.9 for the program, but 2011 was scoring about 3.21 on average. Attitudes had changed, but with social media roaring into the mainstream, might it be possible for the WWE to jump on the hashtag bandwagon and nurse the company back to relevancy? Continue reading ►

When you watch the WWE today, every performer is introduced with a graphic showing their Twitter account name. Every show and event has its own hashtag, and a ticker runs at the bottom of the screen to update the audience on trending WWE-related topics (such as #HellInACell, a type of match involving a large steel cage). The announcers also mention trends and read tweets live on the air. Even the performers themselves will make note of the Twitter landscape as they address the audience:

Twitter is routinely awash with wrestling content that has been encouraged through promotion on the program, with several worldwide trends rising and maintaining during the 2-hour show.

And the WWE doesn’t target only Twitter. Their YouTube channel contains full episodes of the shows and now has its own original programming–spin-off shows only available online which feature their talent in different contexts, such as a talk show hosted by Santino Marella (a performer who adopts a stereotypical Italian gimmick).

But has all this effort spent on social media been effective? Wrestling Observer Newsletter reports that the show averaged a 3.3 in 2012 (up from 3.21 in 2011). While the increase is hardly monumental, it is important to note that the program had previously been losing viewers every year for the past decade. Further, Nielsen will unveil a new Twitter-based television rating in October of 2013 to better reflect social activity surrounding programs, and the WWE is poised to capitalize on the opportunity better than most. The situation is best put by Jordan Garretson from No Blogs Barred:

“Social media is here to stay and the WWE is one company doing the right things to make it work.”